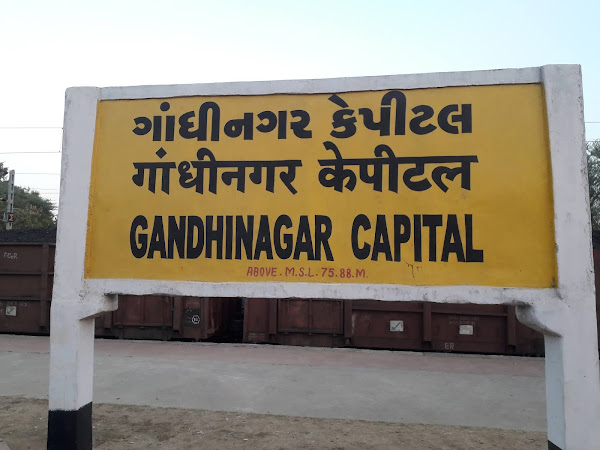 Prime Minister Narendra Modi on Friday inaugurated several key projects of the Railways, including newly-revamped Gandhinagar Capital Railway station and Aquatics and Robotics Gallery, and Nature Park in Gujarat Science City via video conference. The prime minister emphasised the need to develop Railways according to the needs of the 21st century. The Ministry of Railways has termed the newly-developed Gandhinagar Station a 'Marvel of technology and epitome of passenger's comfort'.

Colourful paintings of Narendra Modi Cricket Stadium, bullet train and sea plane adorn the entrance of the redeveloped station that is spread over 26,000 square metres. Located just 50 metres away from the old railway station, the new one stands on perfect alignmnet with Dandi Kutir (a modern museum on Mahatma Gandhi shaped like a mound of salt) and the Mahatma Mandir Convention and Exhibition Centre, structures that were built under the guidance of PM Modi.

From a luxury hotel to an interfaith prayer hall and an external facade with changing theme-based lighting, here is all you need to know about the facilities at the station:

"The station has been provided with world-class amenities, at par with modern airports."

The complete building is designed and provided with green building rating features. The state-of-the-art external façade will have daily theme-based lighting with 32 themes. The station will also house a five-star hotel.

According to government sources, an estimated Rs 790 crore is being spent on this project by Gandhinagar Railway and Urban Development Corporation (GARUD), a joint venture of Gujarat government and Ministry of Railways, acting through IRSDC. Of the amount spent, just nine per cent or Rs 71.5 crore is spent on redeveloping the railway station, while the rest has been spent on the hotel.