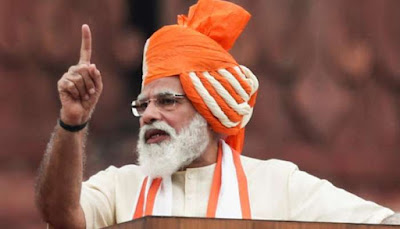 Self-reliant India (आत्मनिर्भर भारत) or Atmanirbhar Bharat Abhiyaan is the vision of new India envisaged by the Prime Minister Narendra Modi. The aim is to make the country and its citizens independent and self-reliant in all senses. The english phrase has been used by Modi since 2014 in relation to national security, poverty and digital India. Just as the globe began to recover from the effects of the Covid-19 epidemic, fears of a worldwide disruption have resurfaced with geopolitical tensions. Are you aware about what “Atmanirbhar” actually means? Self-reliant India does not mean cutting off from rest of the world but to make India self-reliant to sustain and tackle any Black Swan event in the future. The journey begins:

The U.S., Europe and several other western nations are moving to exclude Russia from the Society for Worldwide Interbank Financial Telecommunication (SWIFT), an international network for banks worldwide to facilitate smooth money transactions globally. SWIFT is a messaging network used by banks and financial institutions globally for quick and faultless exchange of information pertaining to financial transactions. If a country is excluded from the most participatory financial facilitating platform, its foreign funding would take a hit, making it entirely reliant on domestic investors.

RuPay is the first-of-its-kind Global Card payment network from India, with wide acceptance at Shops, ATMs, and online. Earlier this year, Visa complained to the U.S. government that India's "informal and formal" promotion of RuPay was hurting it in one of its key growth markets. The vision of NPCI being able to provide citizens of our country anytime, anywhere payment services which are simple, easy to use, safe, and secure, fast and also cost effective. RuPay can conquer the card space over Visa and MasterCard.

Western leaders Sanctioning Russia’s central bank could have a dramatic effect on the Russian economy and its banking system. Losing access to funds abroad would also handcuff Russia’s recent efforts to shore up the ruble by selling hard currency.

Prime Minister has also stressed on becoming Atmanirbhar in Defence Manufacturing. The Indian Army accounts for more than half of the total defence budget of India, with most of the expenditure going to the maintenance of cantonments, salaries and pensions, instead of critical arms and ammunition.

Why Vocal about local …?

Facebook, Twitter and YouTube pause Russian state media ads. China has in the past 10 years, actually lesser, created a formidable digital and social media eco-system of its own that monetises billions of dollars in transactions and generates mountains of ad revenues.

History of destructive cyberattacks are raising concerns about a cyberwar in the future.

In India, the need for data center infrastructures is growing exponentially, as cloud adoption, as well as data consumption and generation by half a billion digital users, are reaching unprecedented levels. Digitisation has imparted certain crucial changes in the ways of data consumption for the past decade in India.

Current global frontrunner vaccines of Pfizer and Moderna are messenger RNA vaccines which are expensive and require storage at lower temperatures.  At present, there are nine COVID-19 vaccine candidates in different phases of development in India, of which two have already received the green signal for restricted use. Of the four vaccines mentioned by the Union Minister, only two, COVAXIN and ZycoV D are indigenously produced. The remaining two have been developed (invented) in other countries but are being manufactured in India. Overall, there are four vaccine candidates which are indigenously produced.

Why push own orbital satellite?

Starlink operates a constellation of more than 2,000 satellites that aim to provide internet access across the planet. Broadband service was activated 10 hours after Ukrainian Minister of Digital Transformation Mykhailo Fedorov urged Elon Musk to provide Starlink services to Ukraine.

Earth Observation Satellites are essential for National security. Space warfare is hypothetical combat in which one or more belligerents are situated in outer space. The scope of space warfare therefore includes ground-to-space warfare, such as attacking satellites.

Russia is a major energy provider worldwide, Russia provides around a quarter of Europe's oil and a third of its natural gas. Any supply mismanagement not only impacts the crude oil price in Europe but also in India and the world.

Indian Prime Minister Narendra Modi announced on the country’s 75th Independence Day a new goal to transform India into an ‘energy-independent’ nation by 2047. The PM’s remarks come a few months before India is projected to miss its goal of reducing crude oil import dependence by 2022.

Atmanirbhar Bharat is key in post-Covid world order. We are proud of our visionary, dynamic Prime minister Shri Narendra Modi. Share your thoughts.